Unless you plan to play chess solely online, the first thing you need to do after you decide to get started with the game is to buy a chess board and a set of chess. Having a board and a collection of chess pieces is extremely helpful when you are reading chess books and are learning how to play.

There are many available types of chess boards and chess sets that differ in size, col 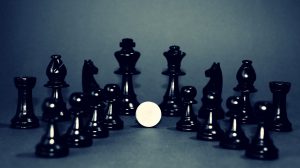 or, and quality. There are also chess sets of various designs. The standard design of chess is called Staunton. The name of this design comes from the name of an outstanding English chess player Howard Staunton. Staunton was born in 1810 and was considered to be the strongest chess player in the world from 1843 to 1851.

The increased attention to the game in the nineteenth century and international chess competitions, in particular, brought up a demand for a universal design of chess pieces. The variety of styles has increased tremendously between fifteenth and nineteenth centuries and included set such as the French Regence, the Saint George and the English Barleycorn. The biggest disadvantage of these sets was that different pieces looked very similar within one set and if a player was not extremely familiar with the set of the opponent it could have altered the results of a game.

Nathaniel Cooke designed a set of chess figures and registered them with the United Kingdom Patent Office in 1849. One of the theories is that Cooke used well-known architectural concepts to create different pieces in a set. 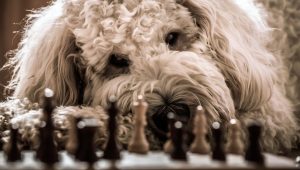 Bishops had mitres, the queen had a coronet and the king had a crown.

Cooke was the editor of a newspaper The Illustrated London News, where Howard Staunton was in charge of a regular chess section. Cooke asked Staunton to endorse and promote his design, which is why Staunton signed and numbered the first 500 sets.

The Staunton set cost very little and had designs of pieces that were very easily to distinguish, which is why it was very affordable and popular with the masses. The set has also popularized the game of chess. The Staunton set became the official set for FIDE, the World Chess Federation, and all its international chess tournaments in 1924. It continues to be FIDE’s choice of set to this day.