Chess is a captivating indoor game that marvellously brings two kingdoms on a single chessboard. The board consists of sixty-four squares organised in two alternating colours of black and white on which all the thirty-two chessmen are placed. The strategic game of black and whites will get your brains to work intensifying your intelligence. The game involves two players with sixteen chess pieces on each side in the beginning. The players have to apply set of tactics to reach the ultimate goal of the game – checkmate. 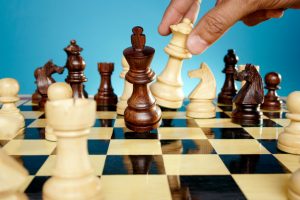 The tour of this breathtaking game of wits and speed for the year 2017 has already begun. Launched at the Vivendi headquarters, a stone’s throw from the L’Arc de Triomphe, the Grand ChessTour 2017, starts in Paris with great enthusiasm. The grand tour will progress in a set of five tournaments with the total of nine selected participants. The new season will take place in four of the most beautiful cities of the world viz. Paris, France; Leuven, Belgium; St. Louis, USA and London UK. The first instalment of the tournament will kick off on 21st June in Paris, and the next four instalments will go all the way until 11th December. The GCT rewards the champions with a magnificent amount of 1.2 million dollars in total.

Expression Of Chess In The Arts

Chess is an astounding game of senses whereby just one move from the player leaves the audience gasping in thrill and astonishment. The game of chess has always attracted the greatest artists performing the extraordinary tactics involved in the gameplay. The example of chess in the arts dates way back to 10th century. The first known chess inspired painting can be admired at the Palatine Chapel in the Norman Palace in Palermo. Artists have always been inspired by the majestic nature of the game that amazingly captures the essence of war without bloodshed. If you are fascinated with the concept of amalgamation of chess in arts, then you should surely pay a visit to barnebys.com, where you can find a diversified collection of the fusion artefacts.