Some chess players almost get offended when people call chess a game. Such players think that chess isn’t just a game, but a profound intellectual activity. While chess does have elements of art, science, and sport, it is still a game loved by people of different professions and background alike, from mathematicians and engineers to poets and artists. 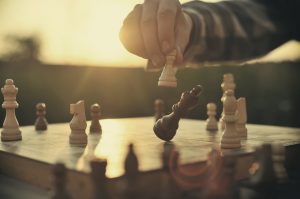 The game has a set of rules and finite limits, which can make it frustrating. However, much more often it is very delightful.

The more you play the game and the more experience you get, the more secrets you will discover. This being said, no one has ever tapped the game out. Even today’s computers with their incredible calculating capabilities have never been able to play the perfect theorized game of chess.

To become a master player in chess you will need both the discipline that is usually associated with studying sciences like mathematics or physics and a creative freedom similar to the one that artists have. Very few people develop their skills in both of these areas equally well and there are even fewer people who can help you accomplish that. However, chess does help to develop both a scientific approach and creativity in a way that very few other activities do. To play well, an always-calculating scientist will have no oth

er option but to tap into creative energy. An artist will need to deal with rules and specific principles to play well, which is why chess is not only a great educational tool but also a source of pleasure.

There is a perception about the game that considers it to be only for people with above-average intellectual capabilities. “This is simply not true“. A chess tutor can explain the rules of the game to preschoolers and teach them to play.

Anyone can learn how to play. There is no gene that is responsible for success or failure in chess. All that’s required is a little bit of spare time. Once you know the rules and can play a passable game, it’s a matter of finding partners to play with. 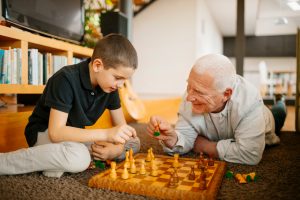 One of the keys to playing chess well is the ability to identify patterns. When you recognize a familiar pattern, the moves suddenly start coming up in your head on their own. You also have an arsenal of special moves that your opponent may not be familiar with, especially if you are playing against a novice.

No matter how well you learn to play, you will find yourself in a situation when you don’t know what to do next. This is when knowing strategies and principles in addition to knowing the rules is very helpful. The militaristic nature of the game is obvious and many of the high-level strategies of war do apply to chess.